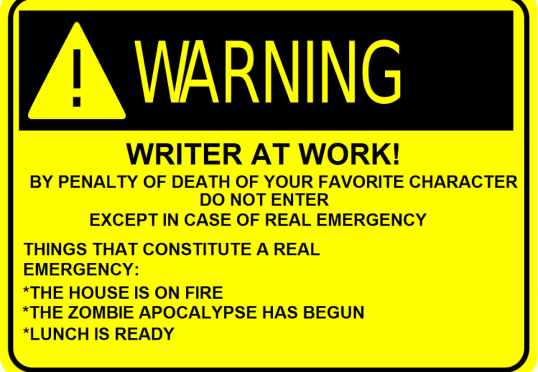 I am feeling the excitement and pressure from waiting and wondering. Will Shocking Finds be able to reach a large number of people? Will those that read through my baby find the world I created to be an enjoyment? Will they give the same kind of appreciative reviews as those that have already had a chance to experience the world of Marin and Kyland? So far the reception has been overwhelmingly positive … enough to make me blush. Whenever I feel my friend ‘Doubt’ coming near, there are a few comments that I pull out for strength. 😛

I have been working to get all my ducks in a row, when I’m not finishing a few art projects for my Cousin Erin’s wedding. And to add even more to this month of fun, I drove my mother down to spend time on the beach and with out cousin Jesse … Lot’s of opportunities for pictures and books.

This is what I would call my ‘why the heck not’ purchases. 😛 All things that I could use, but mostly I just really wanted them. From the crazy neighbors to the horror stories, from the animal info to the survival guide … all important. I may not need them at this exact moment, but you never know. Writing a book that is interesting means you need facts and knowledge. Just because I write paranormal/fantasy romance, that doesn’t get me off the fact finding hook. A lot of my world revolves around the imagined, but there are always a few reality based facts involved. 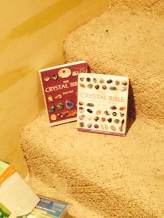 I managed to find a few books on crystals. For the first book it was enough to know that Marin had a crystal that everyone went around calling a maturation crystal, or just a crystal for her Transitions Birthday. I used the her birthday gift to herself in a few chapters at the beginning and then again at the end, but I didn’t go into depth (thinking that it would be an object that was rarely seen) HA. Now I need to know more about her crystal, so that Marin can eventually find out more. See … research.

As for the Indian/First People books … hey … those are my people. But other than the fact that my grandfather looked like he knew his way around a reservation, my knowledge of the culture is sorely lacking. And then I found out that the Fae actually came over to Earth-side and mated with the First People. Jeeze… no one tells me anything… but the voices in my head suddenly demanded that this is how it all went wrong for our Fae half-breeds here Earth-side. While I was waiting for the latest book cover proof, I had decided to edit some on one of my short stories. I was going along, and everything was fine, then suddenly Joffrey decides to drop this little bomb shell in my lap. He is just lucky that I like the idea … I have killed off characters for less … muhahahaha… Anywho … It looks like Joffrey’s short will end up being a novella, but I haven’t decided if it should be shared before or after the second full length novel… Hopefully, after Shocking Finds is out and I finish the edit for the second novel, one of the characters will let me know…

So that is what I did for beach fun, book stores and edits. OOO, and I think we have the book cover almost finalized. I can’t wait to share. Otherwise I tried to take as many pictures as I could, when my head and the heat cooperated.

I saw these at the beach front wildlife preserve down from Garden City. A few overcast evenings made going on a short walk-about possible. But after walking around the and finding three, just three, lovely pics, I decided that I would have been better off checking out the Botanical Gardens across the street. Other than these and some pics of extremely white sand, I saw lots and lots of crabs. There were enough of the little devils to change the name to the ‘Wild Crab Bonanza’ 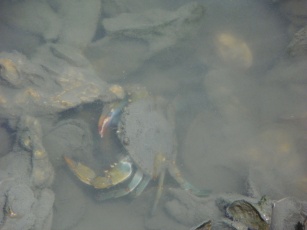 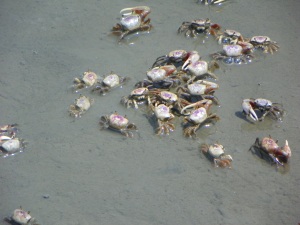 I took a few more, but some of them came out a little blurry. Lots of crab movement, and thicker numbers of the ones that were about the size of nickels, dimes, and quarters. Ever seen Lands End with Johnny Depp… sooo, yeah … Lots.

Here are some beach and wave pics to round out this post, and I hope to come back with more Shocking Finds updates soon… Happy Wordage, Tracey