Oh Boy… Shocking Finds is almost here… just hours away… to fill that time I am working on a free story and putting together this writing prompt for you… just like yesterday, I will write up a few sentences to go with the pictures… feel free to use for your own inspiration and grow it into your own story… muhahahaha… I’m sure all hallow’s eve would love to have your short…

“You were told! You were warned.”

James froze in place. His hand shook as he slowly reached for the gun at his side. He turned slowly, trying to hide the moments of his hand. “Don’t want no trouble, friend.”

That weird sign about dead bodies already had his nerves on edge. Like he needed to be told not to touch dead bodies, but why would this field be full of corpses.

Finally facing back the way he had entered the large field of cheat grass and boulders, James whipped out his gun and started firing at the body crawling out of the ground. 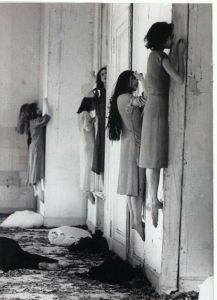 She had been told about the orphans and their antics. Jessica knew that the girls would try to freak her out, but this was insane. There was no way that the slight females should be able to hang halfway up the walls with no real handholds. That was bad enough, but when they all started humming the same off key turn with perfect synchronicity, Jessica decided to slowly back out of the room. She needed to get out of this job as soon as possible.

The small skeletal creature appeared dead; his humanoid body placed beneath the words that told all that he didn’t deserve his treatment. His body was contorted in the throws of death, but Jim wasn’t stupid. The last guy to rush into that room was lying with glazed eyes beside the body of the sharp fingered corpse. Fingers that had sliced through the throat to the man beside him. 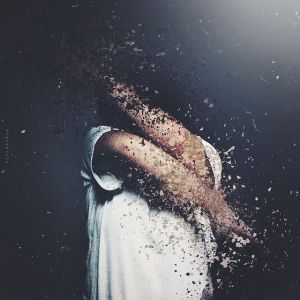 Nick could feel his body beginning to shake. The world was beginning to darken. Wrapping his arms around his torso, Nick did his best to hold his body together, to keep from flying apart. He couldn’t afford to disintegrate in the middle of town square. It was night and no one appeared to be around but how could he be sure?

Beyond his control, his body burst into an invisible cloud of atoms.