Vivian Lane was kind enough to stop by and answer a few author interview questions for us… so sit back and learn a little more about Vivian… and get ready for Protector, out the first of the year…

1. Do you have a favorite book baby?
A future Agent Seven book that hasn’t been released, yet. Writing it got me through some tough times. When nothing else was coming to me, I could work on that.
2. Which series flows so much easier that you find yourself telling the voices that they must give the other series some air time?
Well, the first drafts of several Children of Ossiria stories have been written a long time and publishing them in 2016 is my priority.
3.Do you have any writing quirks that you are willing to share? (like I have a tendency to write long hand then move to the computer, just something that frees your mind to think and connect the dots)
I need quiet to write. The quiet hum of my computer or the AC is fine, but anything else is totally distracting, which means much of my writing has happened in the middle of the night. I’ve lived more vampire hours as a writer than not!
4. Do you enjoy creating anything other than your word babies?
I recently took up drawing/sketching. I post finished projects on Facebook. I’ve tried out most any craft over the years. I can crochet and cross stitch. I don’t have a sewing machine anymore, but I used to sew. I’ve painted simple projects in the past. Just about anything you can pick up from a Michael’s store, I’ve probably tried it. I like working with my hands.
5. Where does your love of supernatural/paranormal/fantasy come from? Or is it something that has always been with you?
Always, as far back as I can remember. Sci-fi, fantasy, superheroes, all that stuff. My parents were geeks.
6. You have been drafted to compete in a triathlon, with the option to ask one of your characters to take your place. Which of them would step up, and who would run screaming? Which one would you ask first, and why?
Agent Seven, Della, would probably do it if I asked nicely. The vampires can’t because of that whole pesky sunlight issue. Carys, from PROTECTOR, would say no way. She’s not into marathon exercise.
7. What would you suggest to other writers when it comes to participating in a writing community? What are your hard and fast rules?
Communities all vary, so if you join up, observe for a while before jumping in. Helps prevent stepping on any toes. Follow the rules set by the group. Contribute help where you can.
8. Do you have any co-authors? Human or of the four legged variety?
No. And my cat isn’t allowed on my desk. Otherwise, my keyboard would’ve stopped working a long time ago!
9. How do you deal with writer’s doubt?
Talk (whine) to my closest peeps. Give myself a break. Know it’s normal and everyone has it. Distract myself with something fun. Someone with zero doubts is delusional. The best books of all time still get low reviews, so….
10. Late at night, you’re walking down an alley in the worst part of town. What villain, either yours or from someone else’s book, would you hate to run into?
Juliet from STRANGE ALLIES and Nicholae from SAVING CHARLOTTE. My vampire William before PROTECTOR. Any of the Red Court or Black Court vamps from The Dresden Files…..every villain from The Dresden Files, actually.

First in a new series!

Carys Taylor has her life perfectly under control. Equipped with a nice inheritance, she goes where she wants, when she wants, pursuing anything that interests her. So when her old professor asks her to come on a research trip for his thesis, she’s eager to tag along.

Until that ill-fated trip to the South American jungle changes her into a supernatural being. Now she’s sprouting claws and stronger and faster than any human being in existence. The reclusive tribe calls her their Protector – but from what? And why now? Why her?

Carys is pulled into a world she never knew existed. Is she up to the task?

Vivian Lane is an American author.  Born a Gemini, her interests fall under a myriad of subjects including classical music, American and World History; fantasy books, TV shows, and movies; travel, marine biology, and fashion. 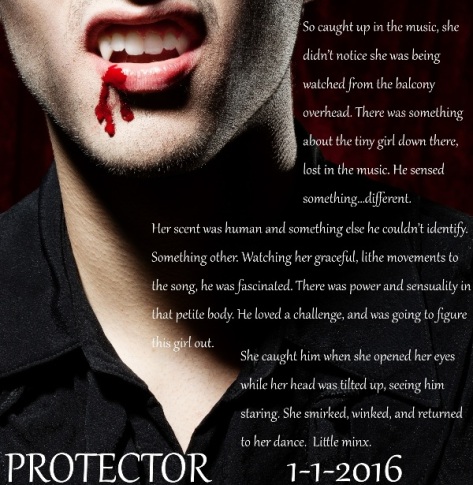 Carys, next time someone asks you to go with them to the middle of nowhere, say no.

My old professor asked me to come along on a trip to study native music. He was cataloging the songs of an obscure tribe. I had nothing more important to do, so I said sure. Got all the necessary shots and documents, and we made the long journey down.

Little did I know, it would be a life changing experience.

Our destination was a small village in the heart of the South American jungle. How he ever heard of them, I didn’t know. Took us three days by boat to get there. Our team consisted of the professor, our guide/interpreter, the professor’s assistant who was using this trip as info for his thesis, and me. As a music therapist, I used music to heal people’s souls, so I would be lending my expertise in the emotional resonance of the songs.

Approximately fifty people lived in the village, some of the nicest people I’d ever met, instantly welcoming and glad to share their musical history. My job was recording the performances with the handheld camera. They kept staring at me when they thought I wasn’t looking. At first, I attributed it to them never seeing a fair-skinned woman before, but the stares continued through the week.

That should have been my first clue. 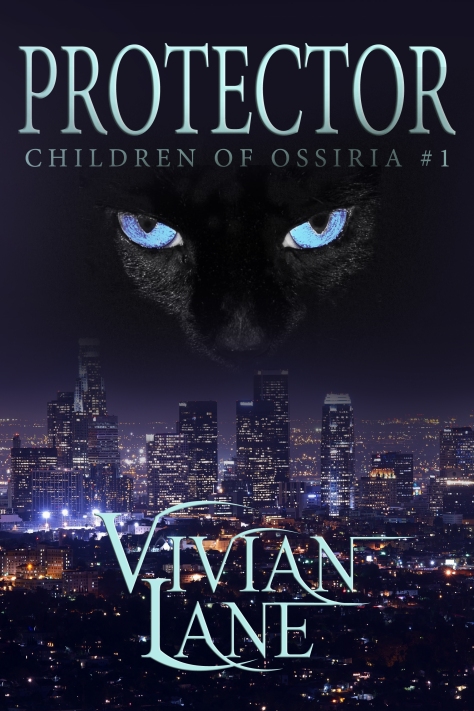 A month later, it was my first day out doing something normal—shopping at the mall. Up to now, I’d avoided crowds, doing my grocery shopping when the stores were almost deserted. Walking to my car in the parking garage, my hands were full of bags, and a man walked behind me. At first, I didn’t think of hearing someone behind me, until his footsteps sped up to get close to me. He demanded my purse. I was willing to cooperate since I didn’t want to provoke him. Better my stuff than my life, right? That’s what the police tell you to do. So, I set down the bags, and the guy lunged for my purse.

I can’t tell you how I did what happened next.

Next thing I knew, I had the guy in a choke hold with claws pressed to his neck. Claws! The guy started freaking out, then, begging me not to hurt him. I tightened the hold until he blacked out, then called 911 on my cell phone. The police arrived, took my statement and the mugger, and I went home.

My fingernails turned into claws. That was NOT normal. Both hands? I stared at my left. Yep, both hands. Oh God.

And then the fight moves. What was that? This wasn’t The Matrix. I hadn’t been plugged into a machine for a kung fu download. Had I? What really happened in that village?

4 thoughts on “Check out Vivian Lane”